What Will Be the Future of Spanish in the US?

The future of Spanish in the US may still be unknown, but it certainly is a topic of discussion.

Scholars from the University of Harvard in the United States recently came together to talk about what lies ahead. There is little doubt that Spanish is growing as a language for our southern neighbours. It’s estimated that there are 40 million speakers in the United States, making it the second most spoken language in the country.

One of the main challenges and barriers for Spanish in the US is the opposition the language (and diversity) in general faces. Many Americans currently see Spanish as a language associated with unskilled workers, in labour intensive positions. In order to truly become a more prestigious language, more native English speakers will need to gain respect for Spanish in the US.

The good news is that this is already happening. More and more students are voluntarily choosing to learn Spanish in school, rather than French or German. Even if the older generation’s opinions of the language cannot be swayed, hope may come in the form of those born after the year 2000.

The key to gaining Spanish acceptance in the United States lies in changing its perception. It must be seen as a language that is something greater than simply what only new immigrants speak. Given the influence that United States has on the rest of the world, Spanish in the US is quite a big deal after all.

As Canadians, we can also help bring about this change in perception by learning to speak Spanish in our home and native land. Speak Spanish Academy is here to help you succeed.

A recent infograph report released on Exteriores takes a look at the use of Spanish in the world; how many speak it, it’s popularity and more. Quite possibly, […] 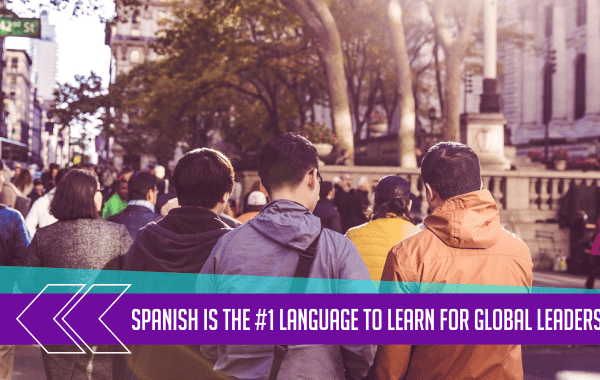 Spanish Is the #1 Language to Learn for Global Leaders

What would you think if someone told you that Spanish is the #1 language to learn for upcoming global leaders? Would you be skeptical? Assuming […]

This website uses cookies to improve your experience while you navigate through the website. Out of these, the cookies that are categorized as necessary are stored on your browser as they are essential for the working of basic functionalities of the website. We also use third-party cookies that help us analyze and understand how you use this website. These cookies will be stored in your browser only with your consent. You also have the option to opt-out of these cookies. But opting out of some of these cookies may affect your browsing experience.
Necessary Always Enabled

Performance cookies are used to understand and analyze the key performance indexes of the website which helps in delivering a better user experience for the visitors.

Analytical cookies are used to understand how visitors interact with the website. These cookies help provide information on metrics the number of visitors, bounce rate, traffic source, etc.

Advertisement cookies are used to provide visitors with relevant ads and marketing campaigns. These cookies track visitors across websites and collect information to provide customized ads.

Other uncategorized cookies are those that are being analyzed and have not been classified into a category as yet.

SAVE & ACCEPT
Scroll to Top